Server changes
Firstly, the algorithm for interaction of resists and debuffs has been reworked, so now we have a stable opportunity to work with the chances of skills.
Secondly, for realities of the GvE conception, we made a complete rebalancing of classes for debuffs. Now Epic Jewelry, which gives resistance to various debuffs, radically changes the chance of passing them. Nevertheless, despite the adjustments, we remain within the Interlude chronicles!

A regular player unfamiliar with the concept of GvE, can ask a question: "Why is all this needed?"
- It's simple: for variety of playable classes, PvP dynamics, and at the same time for interesting game, both in solo and in a clan. After all, the classic "interlude" chances, stats, cooldown, etc. are not suitable for the GvE conception.

A few facts for those who are for the first time (+ note info to oldies) on GvE ...

Over the past season, thanks to many players, we received lots of feedback on the bugs were found, as well as suggestions for improving existing content.
Optimizations and fixes:

Changes for the "Castle Siege" event:

Client changes
We had to update, or rather make "from scratch" the interface and other components of the client.
"Why did we do this?" - Ok, let's talk about it...

So, we faced, at first glance, not a difficult task. It was necessary to fix an issue that caused the window to freeze when teleporting from a TvT event. However, there were some "surprises" here ...

In the process of finding out what was the matter, we first sinned on the server, since the window was hanging regardless of the player's PC configuration. But, after several sleepless nights and close observation of the logs, @Morris has still able to grasp the essence of the problem. And here the fun begins! It turns out that this is a Korean bug and is more global than we previously thought. Unfortunately, the capabilities of the old patch did not allow to fix this problem in full. After some discussion, we decided to make a patch "from scratch". Since there was a long and painstaking work ahead, we decided not to limit ourselves to just one fix.
We changed the visual style of the interface to a more modern one, but without fanaticism in this matter. We have added many different new features for a more comfortable game. A number of new mechanics have been laid down that will allow us to add unique content in the future.

​
It is worth to accept the fact that no matter how hard we try, it still needs online testing and subsequent refinement. So, we did not greatly expand the content tied to the client. To begin with, let's see how it will recommend itself among the players, fix what needs to be fixed, and only then we will exploit it "in full".

New Website
We updated the design of the website, as well as adapted it for tablets and smartphones, which will have a positive effect in advertising purposes. The old site, although it had some uniqueness from the design side, but in terms of information content and "usability" was . The Personal Area has also been updated.

Important! All accounts, along with the balance, have been successfully transferred to the new Personal Area. 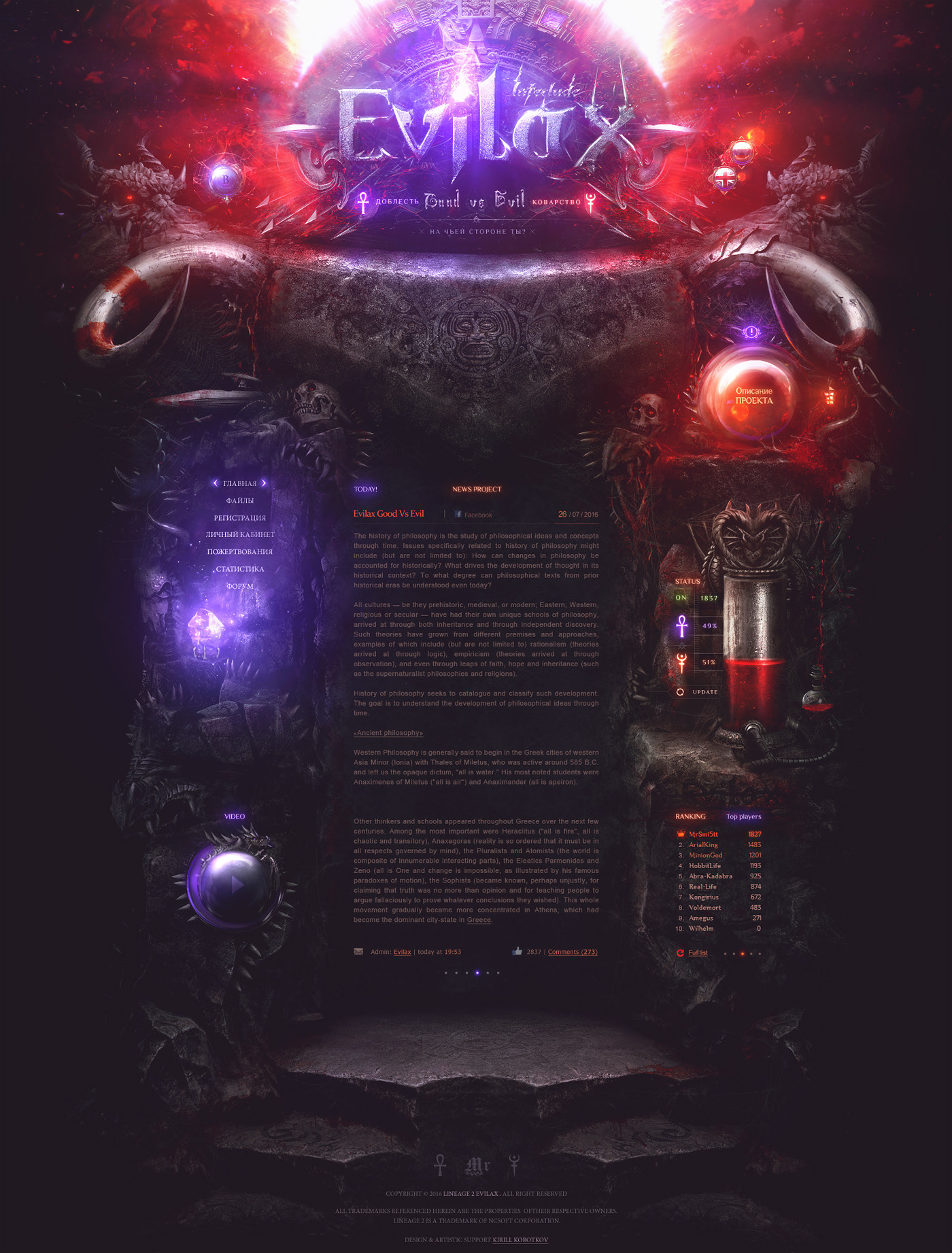 Security Update
SmartGuard has been updated to the most current version in the maximum configuration. This will undoubtedly improve the situation with catching bots and substituting hwid data by cunning players when blocking. In any case, nobody canceled the Bot-Hunters. By the way, we ban the bots by HWID without the right to amnesty!

​
The topic can be updated over time.​